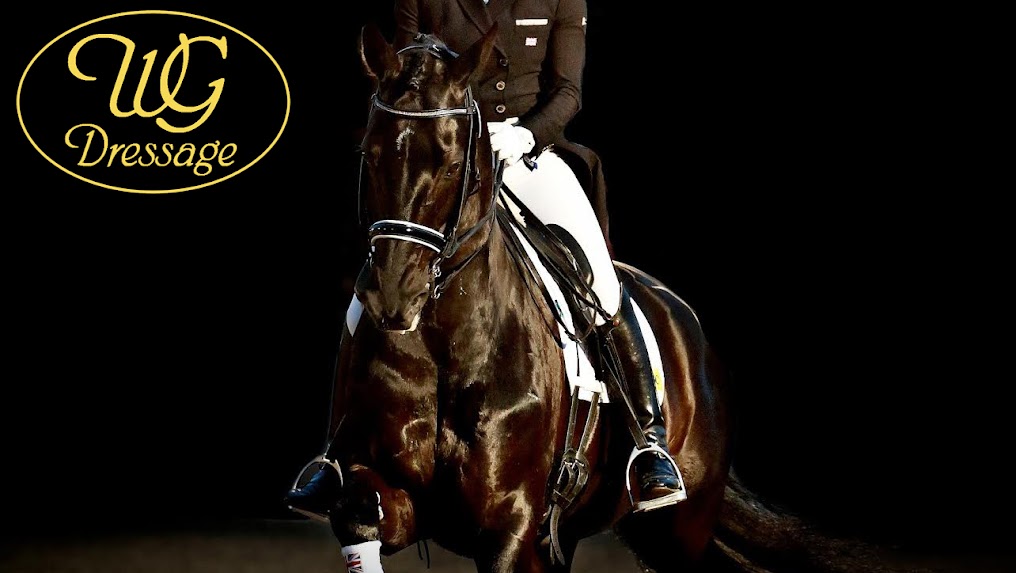 After being selected as the Dressage Team Non travelling reserve, which for me is amazing in itself, I was then told I had been selected onto the Althetes Ambition Programme, and no sooner had I got back from Fritzens, Austria competing in the CDI 4* (which was an incredible show) I had to head up to Birmingham for Kitting out day!

What an Amazing opportunity to be a part of a great couple of Days.  I think in my mind I envisaged a massive room, with lots of boxes of kit and you walk around and pick up your kit from each box. How wrong was I, we arrived Sunday evening at 5pm to be Inducted onto the athlete ambitions programme, I was so excited to be a part of the Kitting out process taking pictures of whatever I could. We walked into the pavilion of the NEC in Birmingham to be greeted by an arch way with the GB Lion lit up on either side, through the archway there were sofas and TV’s, pictures on wall, Andy Murray was playing match point at Wimbledon, we sat on the sofas and watch him make history for the second time Winning Wimbledon.
We then headed upstairs to a conference room where we were inducted onto the Athletes ambition programme, what it was about and the plan for the next 2 days.
First on the agenda was ‘Kitting out’ we were taken back into the Hall through the archway and round the back of the room, here was where all the kit was, it looked like a shop, kit hung up neatly, changing rooms with ‘Team GB’ on the curtains, we had to go to the back of the Shop which looked like a cashier desk and give our name, in return we received a suitcase full of clothes and told to try them on. It was like Christmas, I opened it up to find numerous Adidas T-shirts, joggers, shorts, jackets all emblazoned with the Olympic Rings and Team GB printed on them. Eek I was really going…
After the hype of trying kit on and taking more pictures. We then checked into the hotel had an ‘Athlete's Dinner’ then to a meeting about Rio and the Programme we were ONE Team GB!

After being told the night before to wear our kits the next day, Alice and I got up put our Kits on and headed down for Breakfast, it was great to see the other 20 athletes all in the kit we felt part of the Olympic Team GB.
The Kit is very different from what we would wear on a daily basis, I felt like I needed to go and Run in it!
We made our way back to the Pavilion where we saw the ‘Dressage Team’ Carl, Charlotte, Fiona and Spencer all arriving for their Kitting out day a quick hello, Alice and I then had to head back up to the Conference room for a talk with an inspiring man called Farren, he made us think about the programme and what we wanted to gain from being out there, getting us to communicate with each other and learn about the other sports that were on the programme too.
The Day consisted of Talks from Danny Holdcroft Olympic Gold Medal winning Coach, Charlotte DuJardin, and finally Steve Redgrave, even getting a photo with him!
This was an interesting insight to their lives competing at the Olympics, Charlotte had been to Beijing on the same programme we were on this time and it was interesting what she had gained from the experience and took with her to London Olympics.
We also had a photoshoot, Media training and Anti-doping as well as security in Rio, looking towards Tokyo, and what we would be seeing out in Rio.
It truley was an informative, inspirational couple of days and I'm really looking forward to the experience out in Rio.
I do want to thank the World Class Programme for giving me the opportunity, also thank you to UK Sport and The National Lottery for the support and funding to give us this experience.
Good Luck to all the Team GB Athletes we will be out there flying the flag! 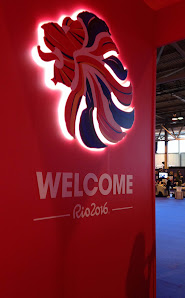 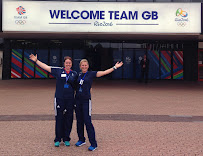 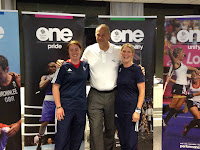